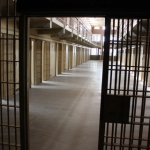 In the scientific community, the pendulum of opinion concerning prisoner research has swung from conducting research without concern for harm, using prisoners as guinea pigs for a wide variety of studies, to conducting little research on prisoners due to potential for coercion, to conducting research on prisoners that is restricted to issues and circumstances that are encountered by the subjects because they are prisoners. During the same time the philosophy of corrections within the criminal justice community has evolved from one of retribution, deterrence and incapacitation—a focus on punishment and keeping offenders away from society—to one of rehabilitation, reintegration, and restorative justice—a focus on treating the offender and bringing him or her back into society. It is at the juxtaposition of these two shifts that we must discuss not simply whether it is permissible for researchers to conduct research on prisoner-subjects but whether it is, in fact, a moral obligation to do so.

Prisoners are a vulnerable population as defined by the Code of Federal Regulations (http://www.hhs.gov/ohrp/archive/irb/irb_chapter3.htm#e3 ). The Code stipulates that the following types of research can be conducted using prisoners as subjects:

There is a long and unpleasant history of research with prisoners as subjects. Malaria experiments were conducted at correctional institutions during the 1940s. Research concerning hepatitis, dermatology, and the polio vaccine were conducted using prisoners during the 1950s. From the 1960s through the 1970s drug testing was conducted on inmates. This is just a brief example of the sorts of studies that inmates were subjected to—often without any sort of informed consent. (http://www.ahrp.org/history/chronology.php)

If for no other reason than this history of abuse of prisoners in research, it is necessary to have protections in place for modern studies involving prisoners. As a vulnerable population, prisoners are often limited in their participation in research to those studies that only concerns their circumstances as prisoners. Further, because of the extra effort that it takes to include prisoners in any study—submitting to a full IRB review of the potential study, inclusion of extra measures to insure subject protection, not to mention difficulty obtaining permission from correctional authorities to access the population in question—they are often excluded from consideration for research altogether.

While the extra safeguards required to conduct research utilizing a prison population has been seen as necessary to protect prisoners from the exploitation and degradation they often suffered at the hands of researchers when there were no safeguards; this has also served to limit the voice in research given to individuals who find themselves as prisoners and to view them as nothing more than their status as prisoners. While we certainly must research those conditions, circumstances, and interventions that prisoners are subjected to because of their status as inmates, we should also strive to include them in the wider body of research that acknowledges that while a person may in fact be a prisoner at a given moment in time, he or she is more than that status as inmate. Perhaps the current protections in prisoner have become too paternalistic and through that paternalism we are actually harming the population that we strive to protect. Rather than treating them as individuals—are we at times treating them as no more than their current social station—prisoner.

Aldridge (2012) argues that although there are a variety of challenges to research with vulnerable populations, those challenges can, at least in part, be resolved through participation and voice. So while involving prisoners only in research that pertains to their current status as individuals under the control of the criminal justice system may serve to protect them from abuse by the scientific community, it also limits their voice in scientific research and reduces them to nothing more than their set of circumstances—to less than individual human beings with a perspective worth hearing and a contribution to be made. This limits the study of individuals in prison to members only of that prison community and not as members of the many other communities that they may belong to—male or female; young or old; minority or non-minority; mother or father; survivor of trauma; and so forth.

In the field of criminal justice, there are six philosophies of corrections: retribution, deterrence, incapacitation, rehabilitation, reintegration, and restorative justice. The first three (retribution, deterrence and incapacitation) focus more on the punitive aspects of corrections. The latter three philosophies (rehabilitation, reintegration, and restorative justice) focus more on the positive aspects of corrections and would not only espouse allowing prisoners to participate in research but encouraging them to do so.

Rehabilitation has as its goal making the offender “better,” it views crime and criminality somewhat like a disease and rehabilitation is the cure. Under the philosophy of rehabilitation, the correctional system must do more than simply housing, feeding and attending to the medical needs of the prisoners. Prisoners are often subjected to a variety of different interventions (consisting of programs and therapies) to rehabilitate them. If we are going to subject prisoners to any intervention, then we are morally bound to discover if the interventions are producing the desired benefit. If we have not scientifically investigated these interventions then we are, in fact, blindly experimenting on those prisoners. Prisoner participation in research, therefore, is necessary in the philosophy of rehabilitation.

Reintegration sees crime as estranging the criminal from society and the reintegrative approach seeks to heal the estrangement and help the offender to become a fully participating member of society again. When we exclude prisoners from research because of their status as prisoners, we allow that estrangement to grow. A reintegrative approach would view the opportunity to participate in worthwhile research involving a full range of topics that touch the human condition (not limited to prison-related topics) as both necessary and desirable.

Restorative justice takes rehabilitation and reintegration a step further. Restorative justice sees criminal behavior as a break in the relationship among the criminal, society and the victim and has as its goal the repair of that relationship. If we seek to restore the prisoner to society, to repair that relationship, then prisoners must be encouraged to be fully participating members of the larger society. Each prisoner should be allowed to make an individual decision to participate in research or not—and not have the opportunities to engage in society curtailed by limiting options for research participation.

OHRP Guidance on the Involvement of Prisoners in Research http://www.hhs.gov/ohrp/policy/prisoner.html (date accessed: January 16, 2015)