Throughout history, individuals and groups were sometimes targeted for unethical research and experimentation. The burden of research was borne by typically vulnerable populations such as children, prisoners, poor, uneducated, elderly, those with mental illness and minority groups.

In the global arena, the experiments conducted on victims of the holocaust led to the Nuremberg Code. The Nuremberg Military Tribunal was convened to judge the actions of the Nazi military and physicians who experimented on women, children and adults imprisoned in the concentration camps. According to the Code  “voluntary consent of the human subject is absolutely essential.” Additional guidelines include protections to ensure the capacity of the individual to consent, freedom from coercion, and comprehension of the risks and benefits involved. The Code also promoted the minimization of risk and harm and risk vs benefit ratio, qualification of research staff and the ability of participants to withdraw. 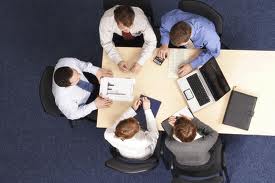 In 1974, the National Institute of Health developed regulations to protect human subjects, promote ethical research and reduct research misconduct. With the passage of the National Research Act established the National Commission for the Protection of Human Subjects of Biomedical and Behavioral Research. The Commission issued recommendations identifying the basic ethical principles that should underlie the conduct of both biomedical and social behavioral research involving human subjects and recommending guidelines to ensure that research is conducted in accordance with those principles. It also established the need for Institutional Review Boards. The Commission’s report led to the Belmont report.

The federal DHHS regulations are codified at Title 45 Part 46 of the Code of Federal Regulations. These are referred to as the Common Rule and provide the guidelines under which all IRBs operate. While each IRB review follows the Common Rule, the individual policies, procedures, and IRB services may differ. The Common Rule applies to any academic, private or commercial IRB.

The Declaration of Helsinki

The Code of Federal Regulations